“...our wanting to touch is an essence of sculpture. In experiencing sculpture we are penetrating the space denied us by so many twentieth-century paintings.” -- Bill Beckley

The 2D world stops us at the plane of illusion, precluding entry, leaving only desire. The fabric of space and time however, weaves a lattice support for new ideas which can then spill into a dimensional existence. These artists invite us to traverse this tapestry of space which can be either invaded or buoyed through the process of accretion.

The puncturing of space makes the reflex to physicality complex as these sculptures offer refuge over the myopic form-follows-concept academicism of much current contemporary art.

Sculpture like this allocates detail similar to architecture which, in turn, invigorates us to sense the structure within a protected moment, where we can touch the space beyond our body. 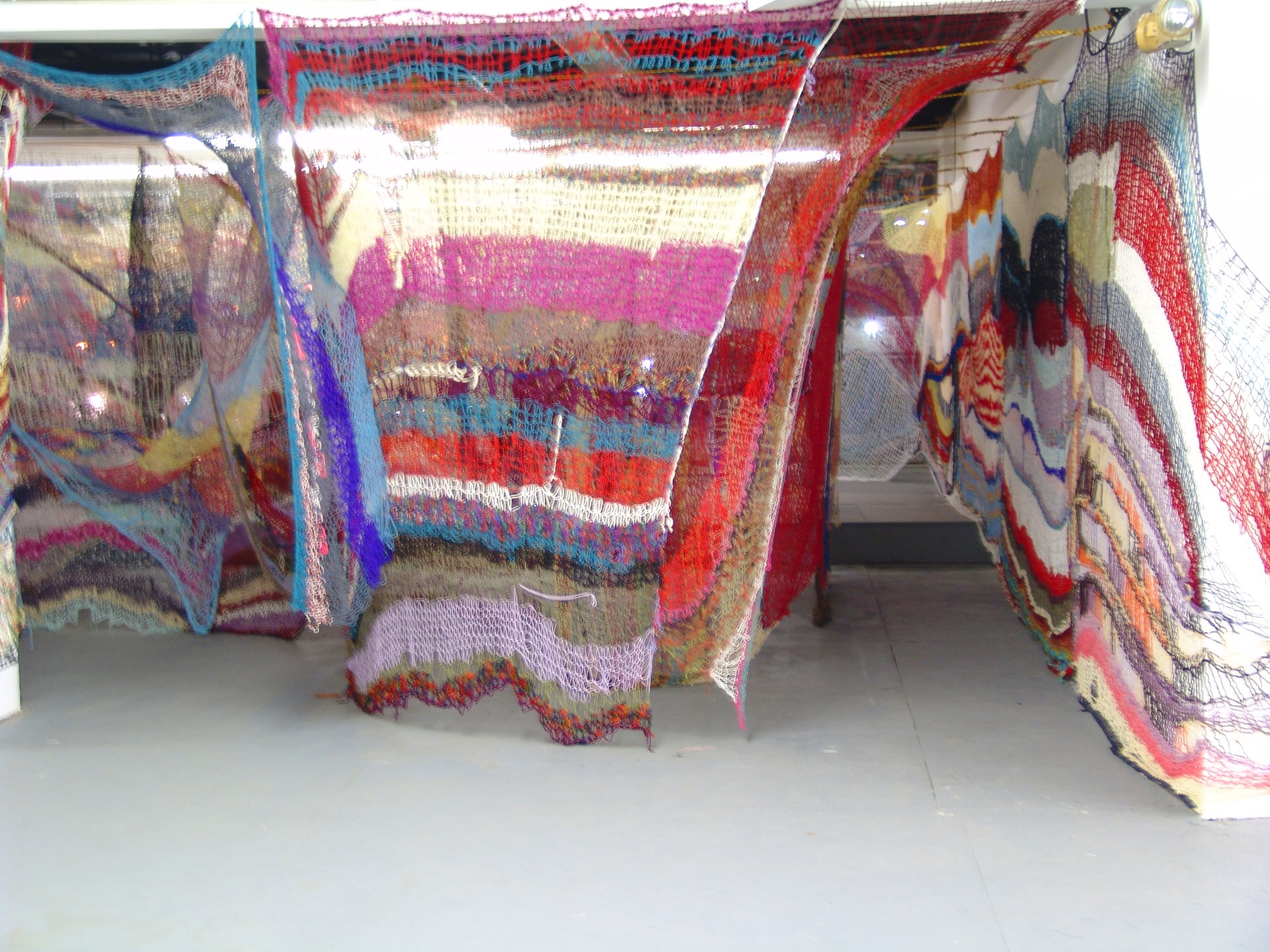 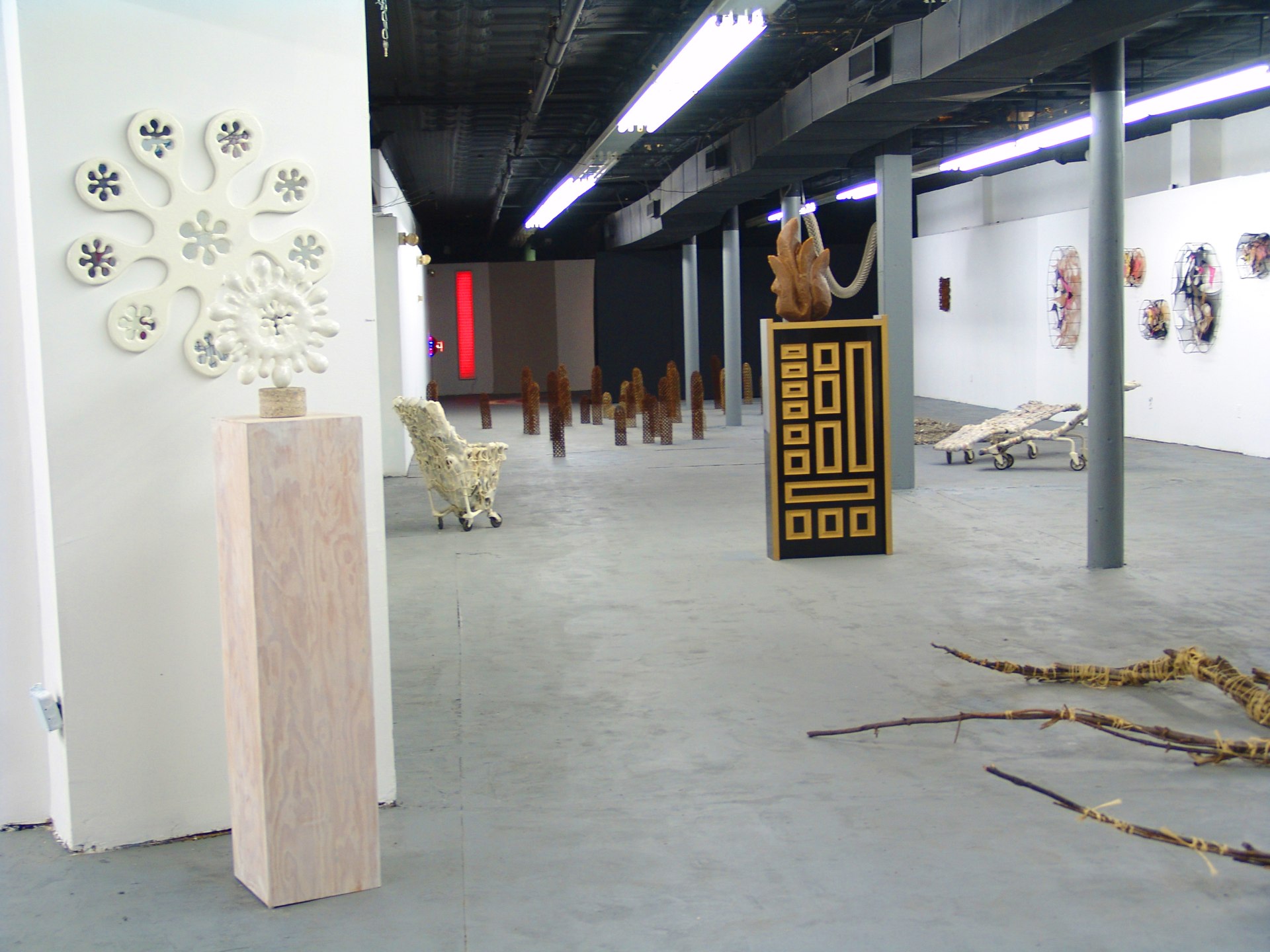 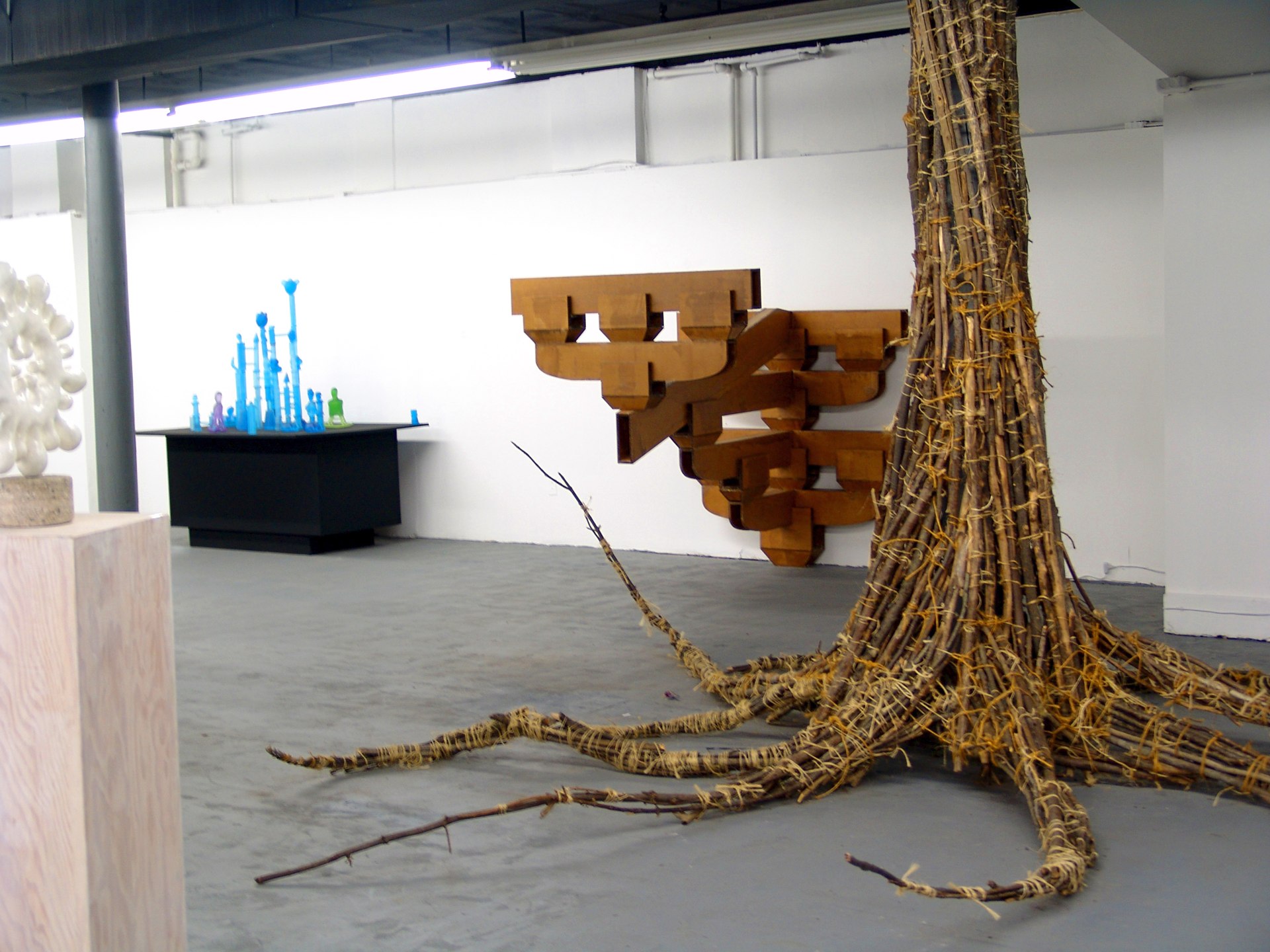 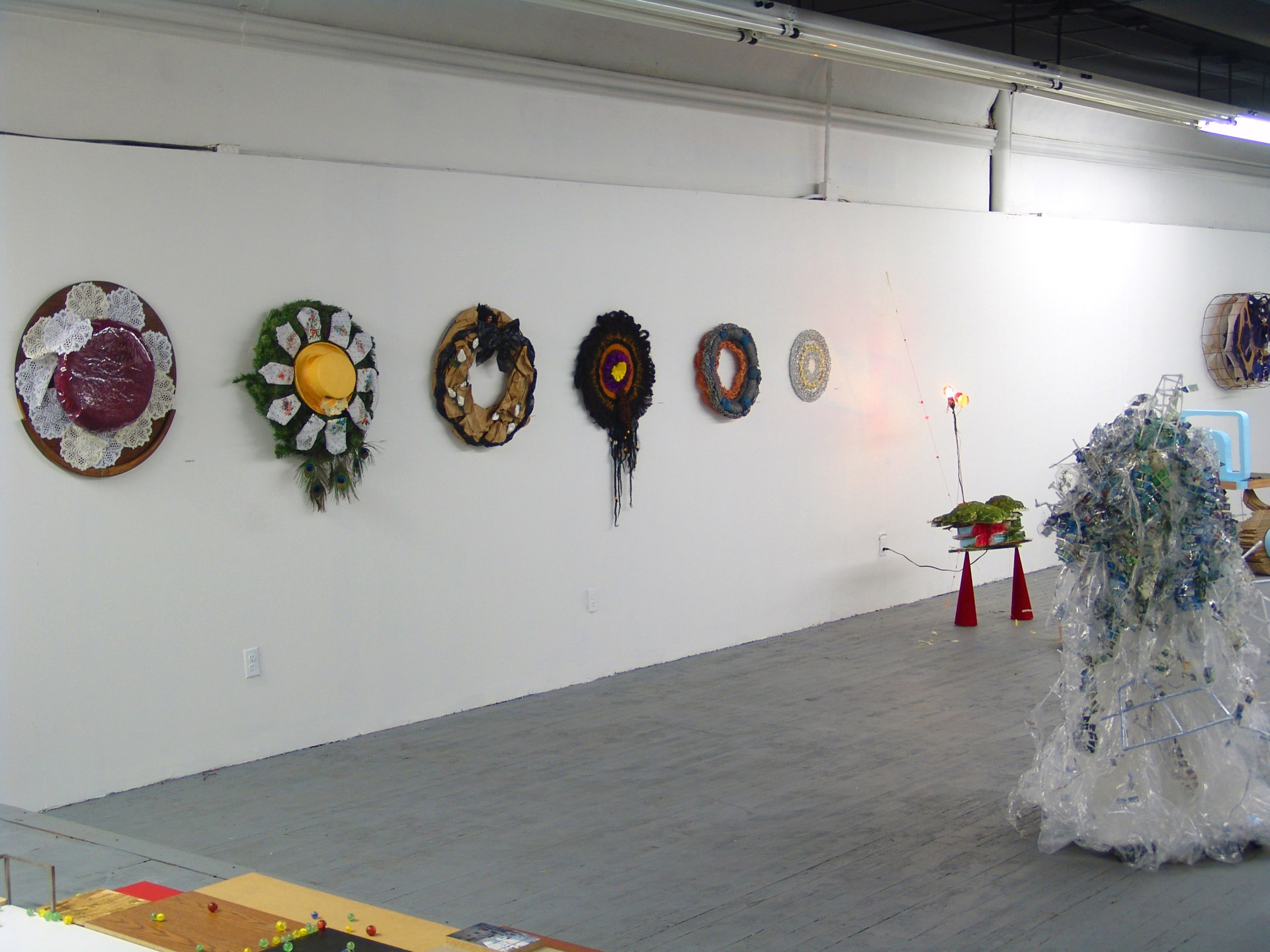 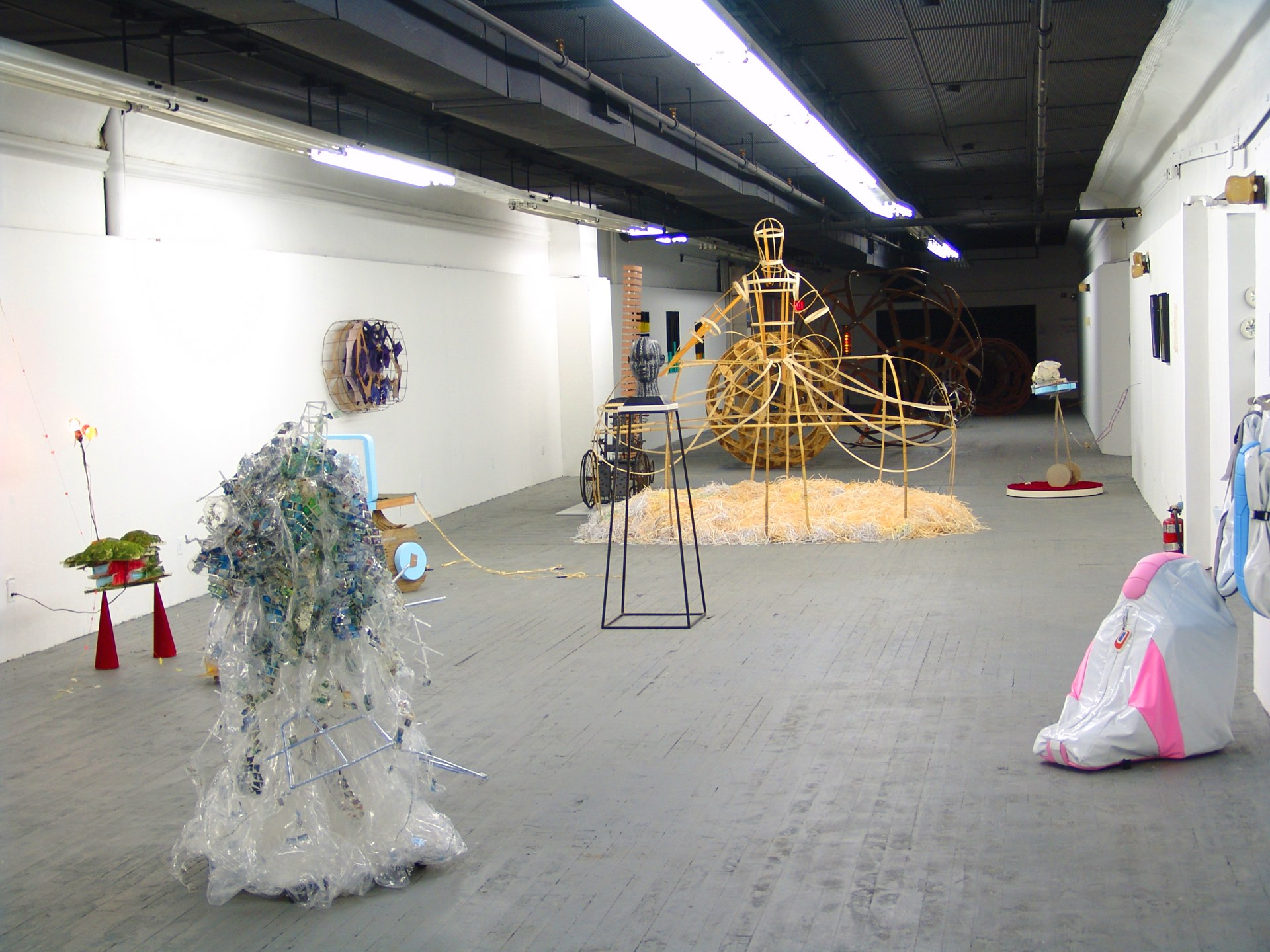 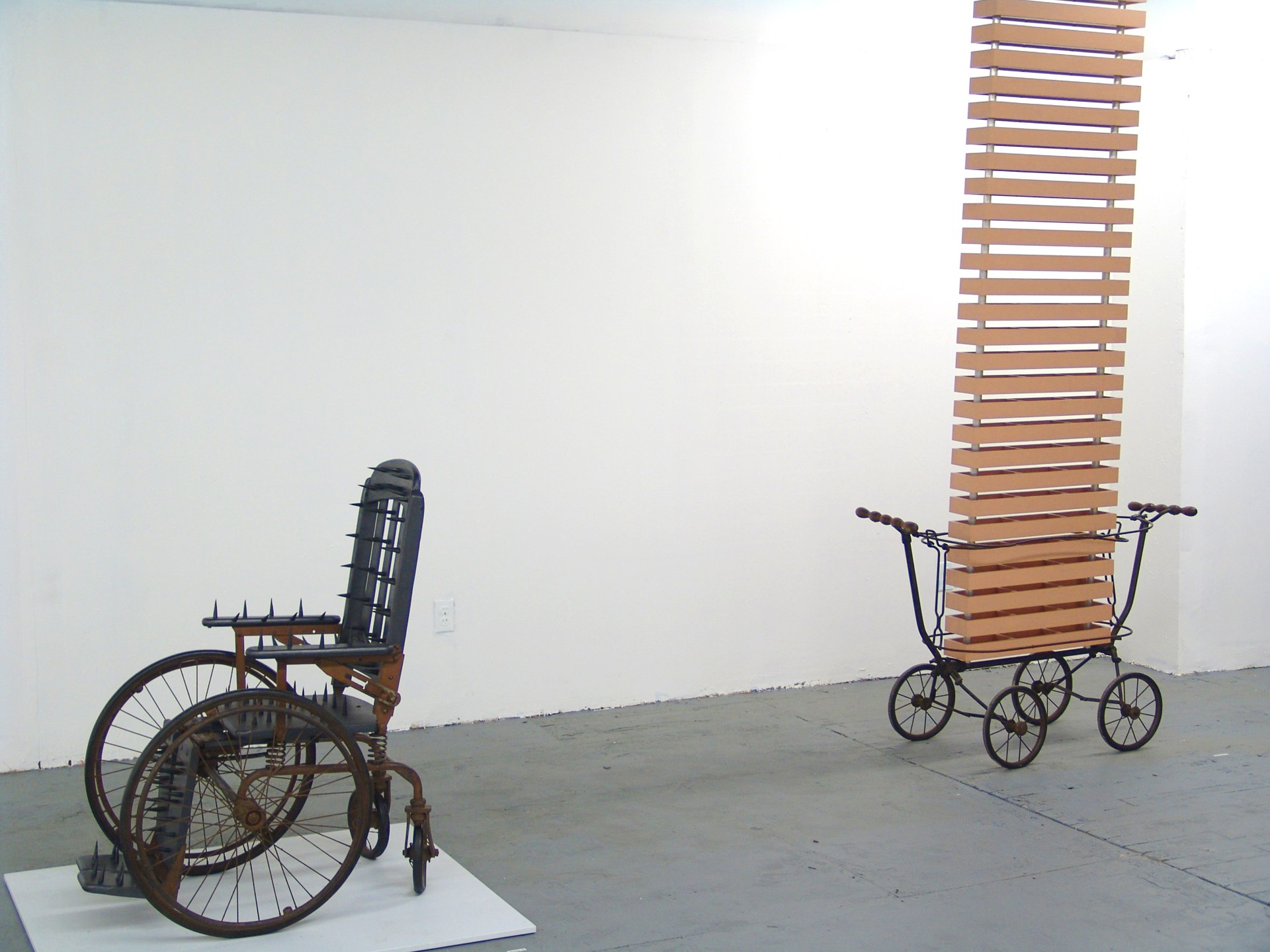 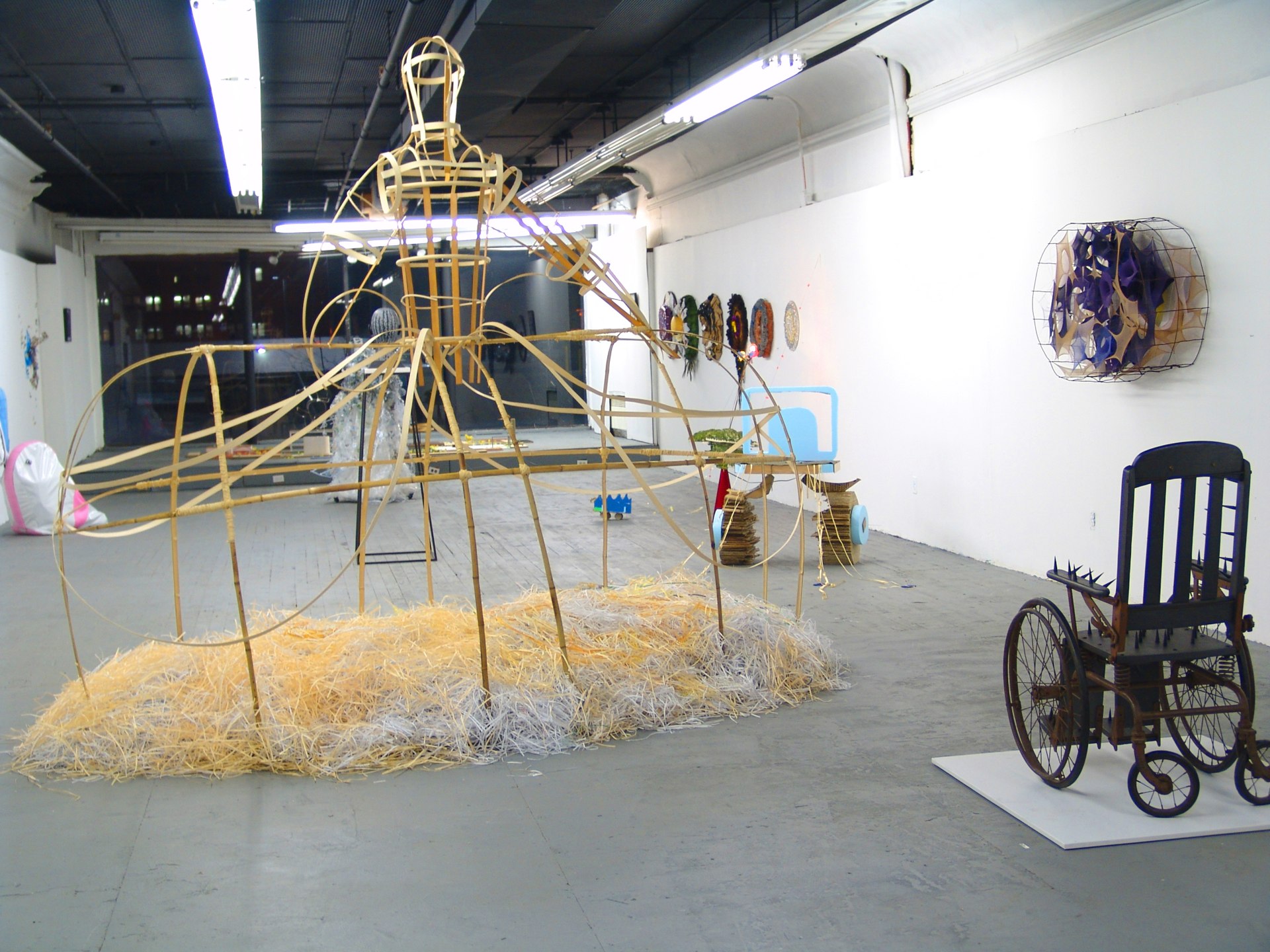 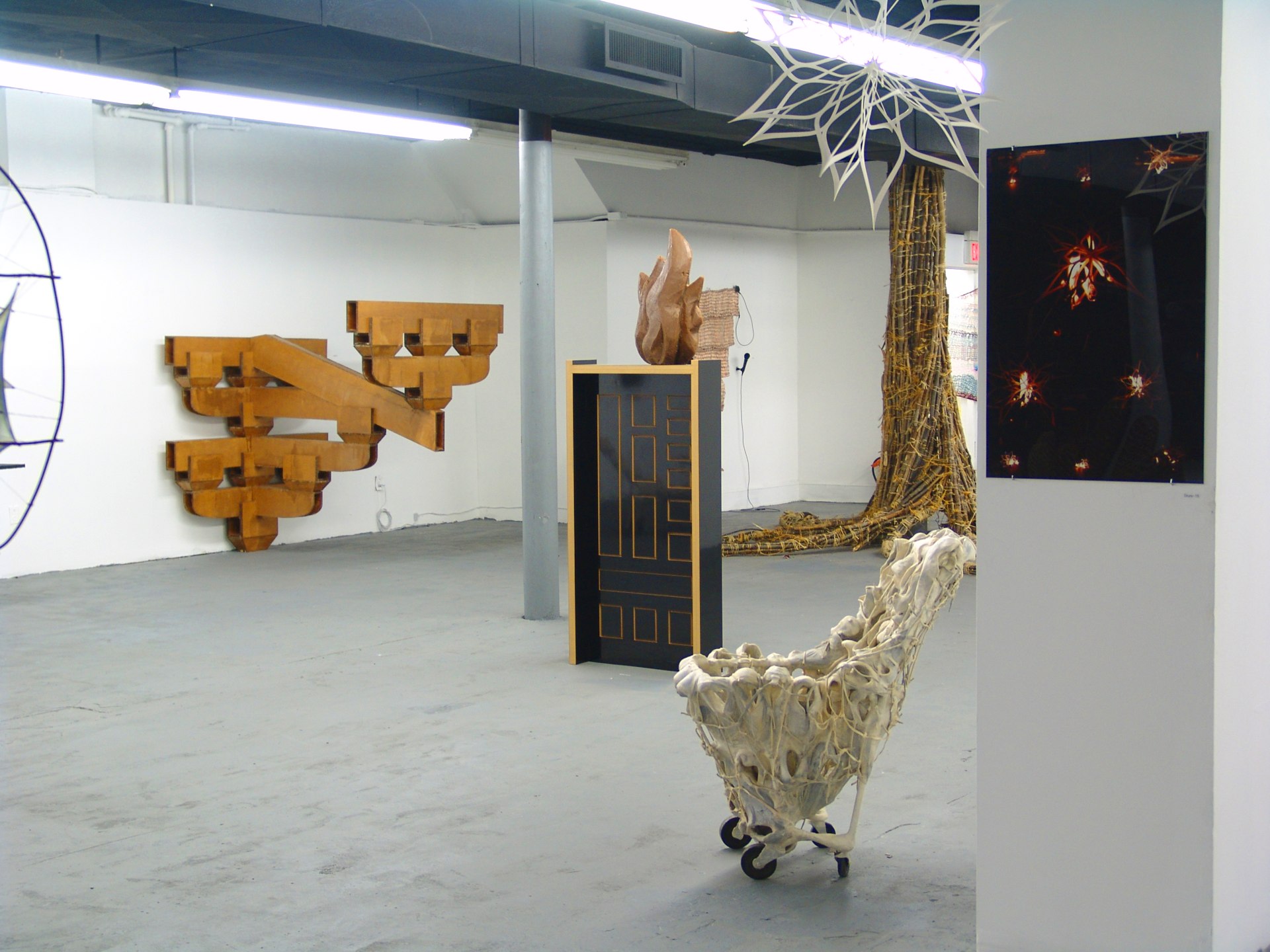 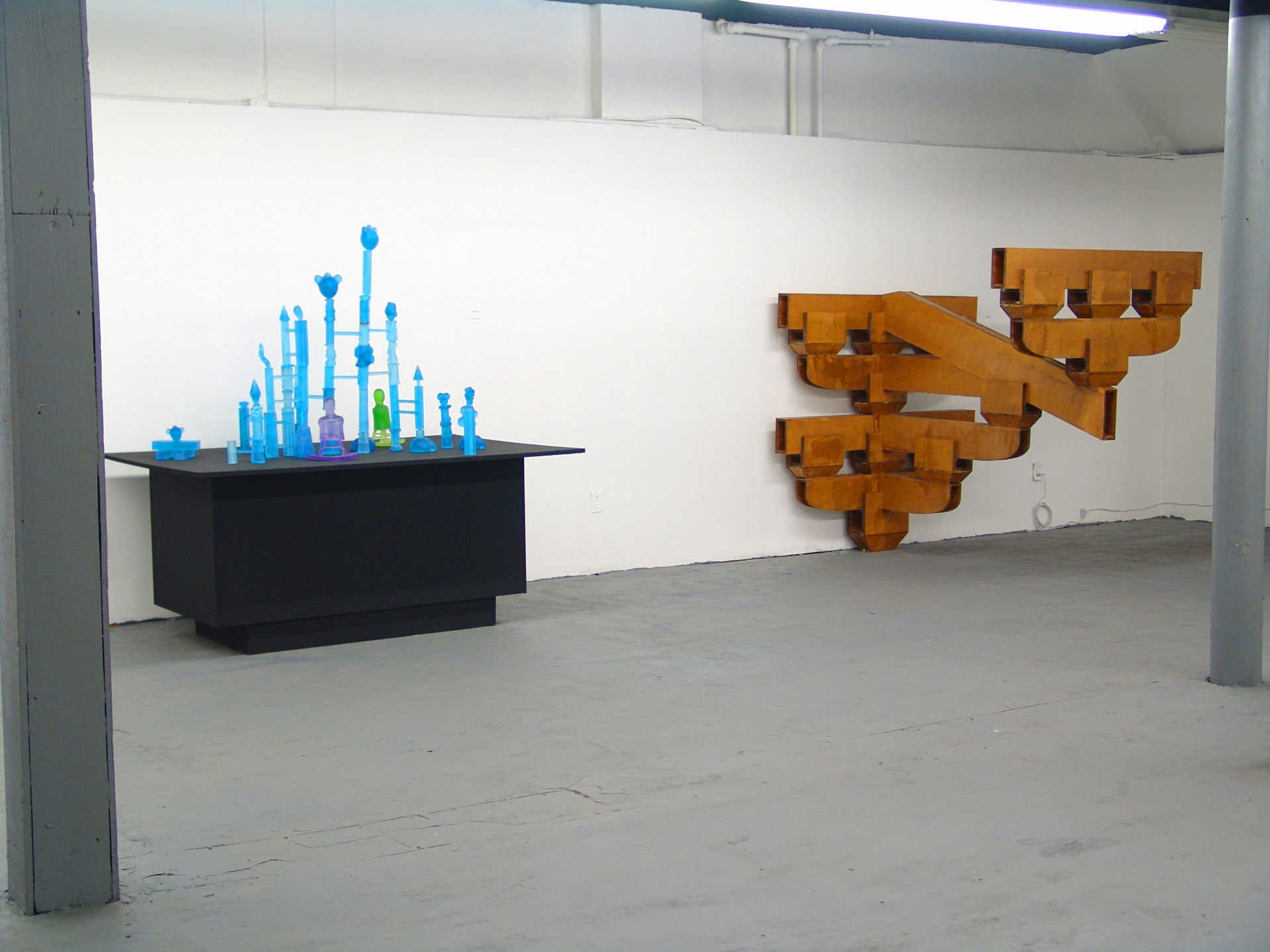 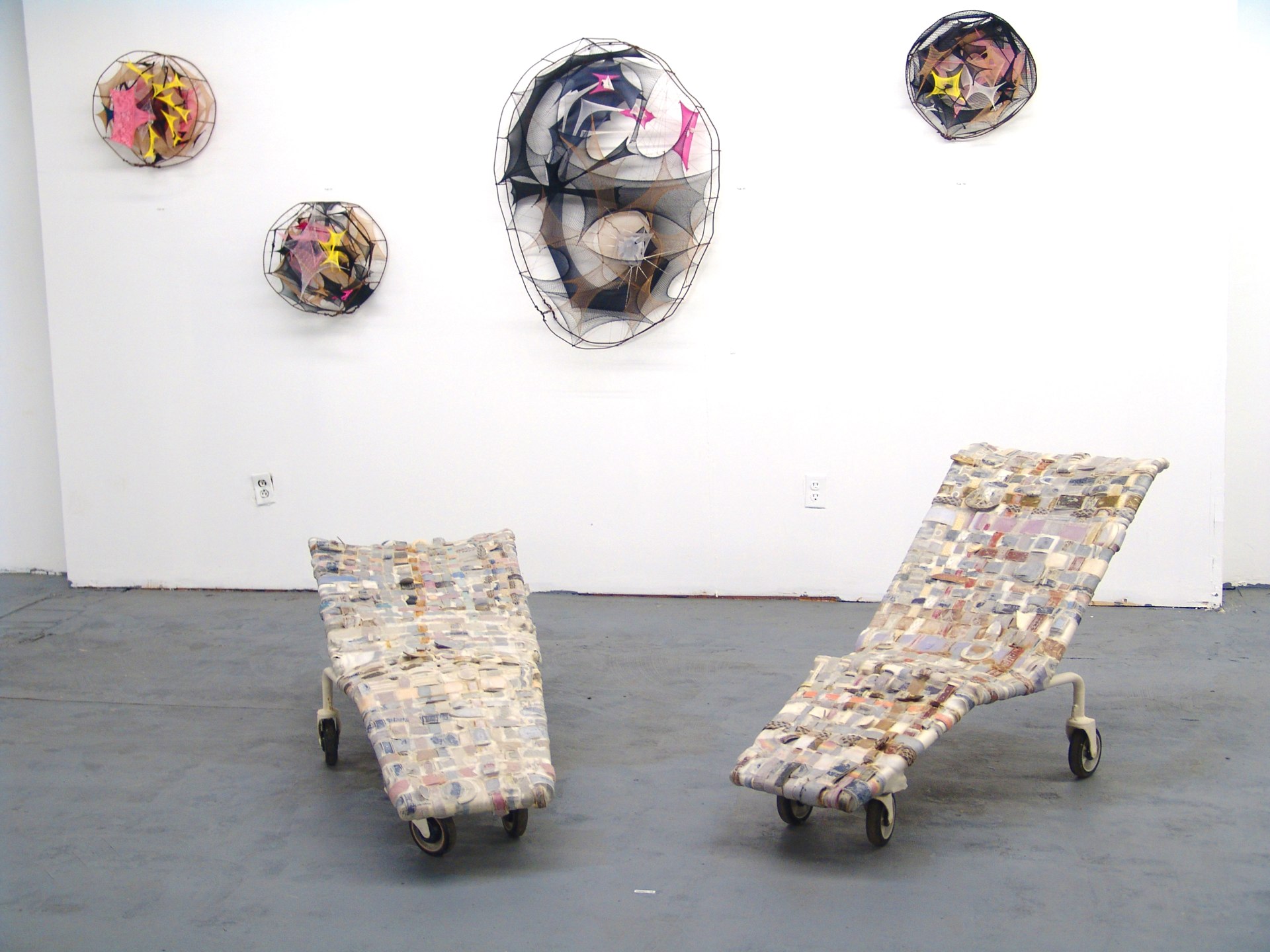 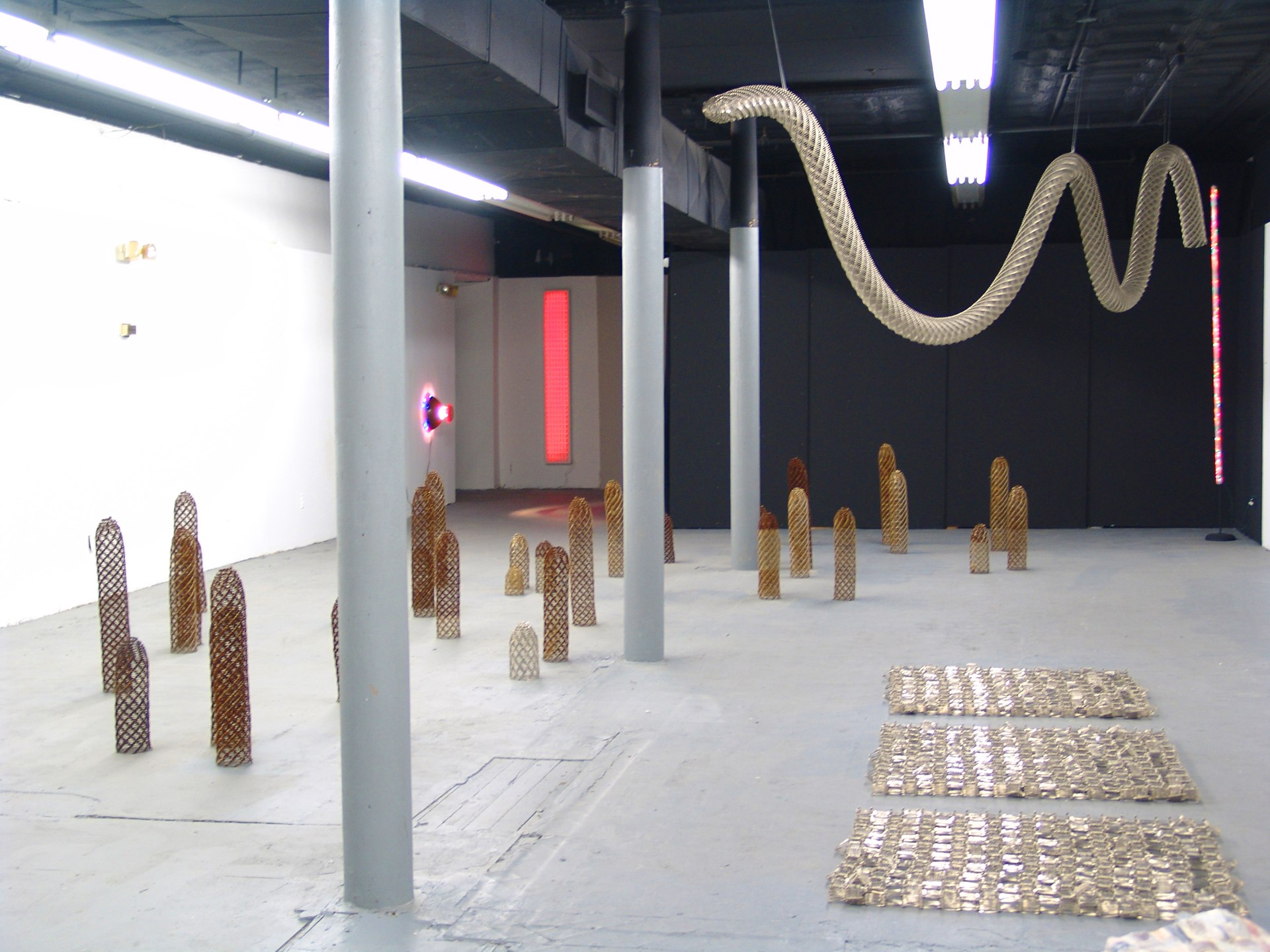 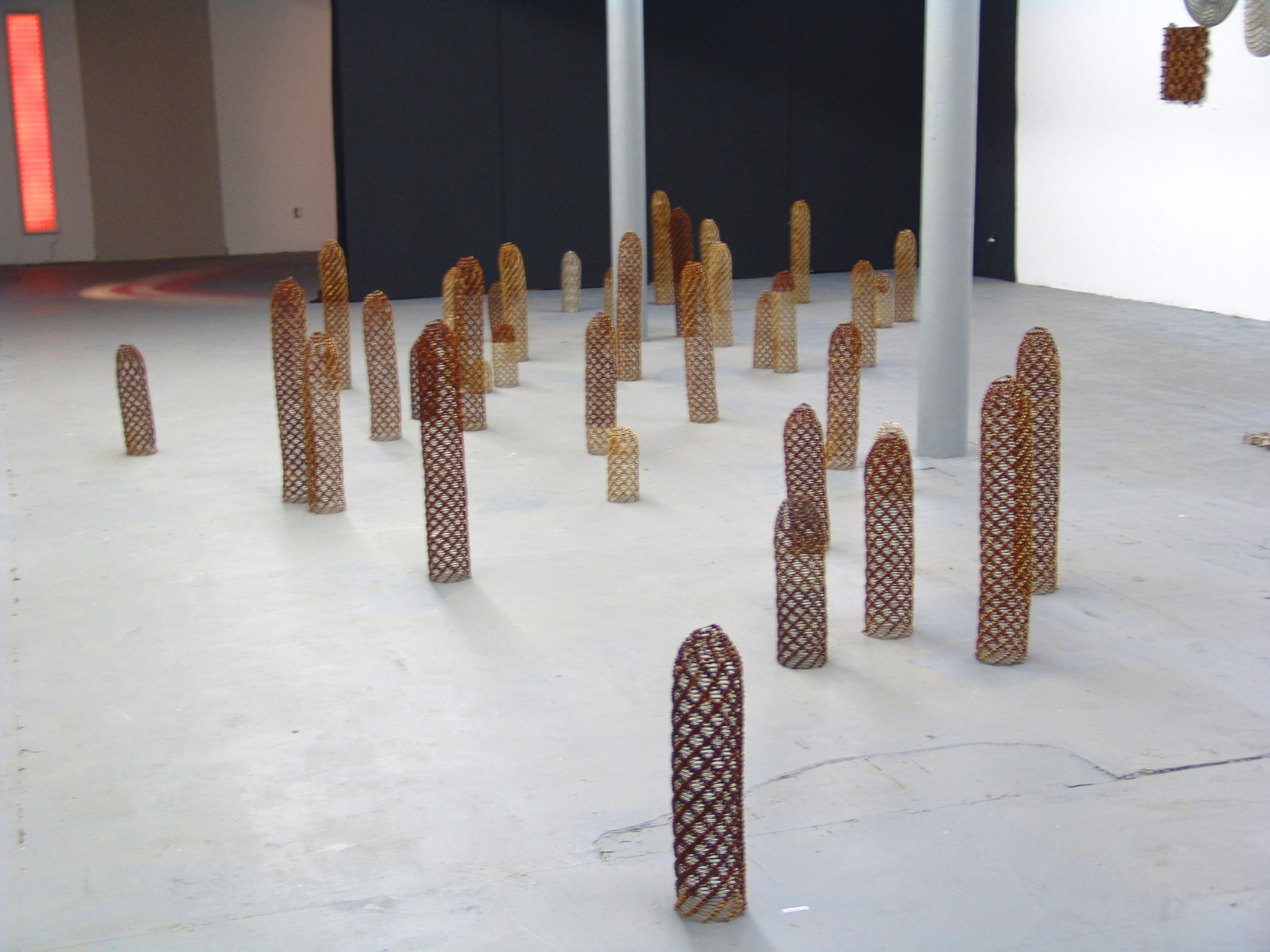 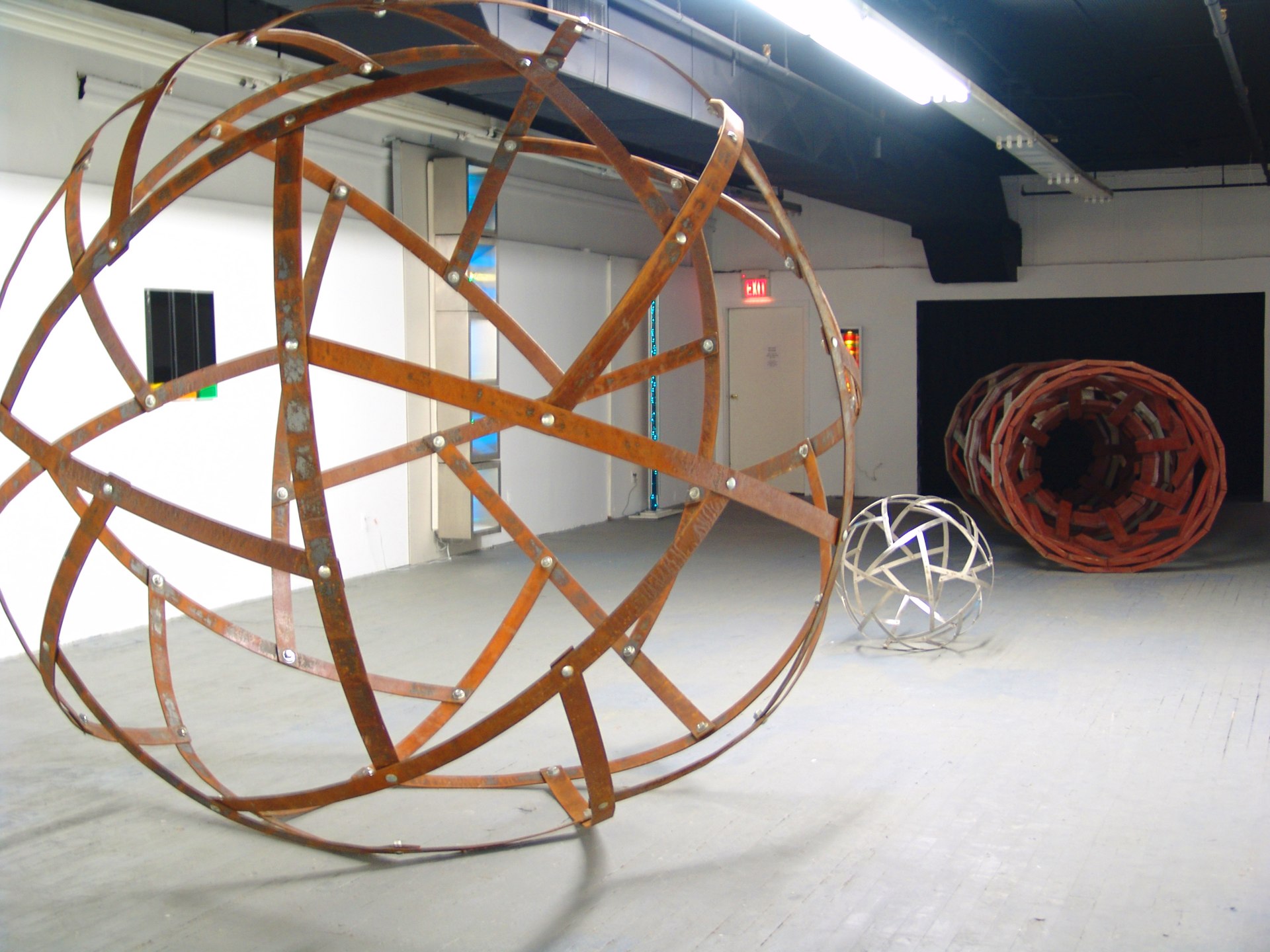 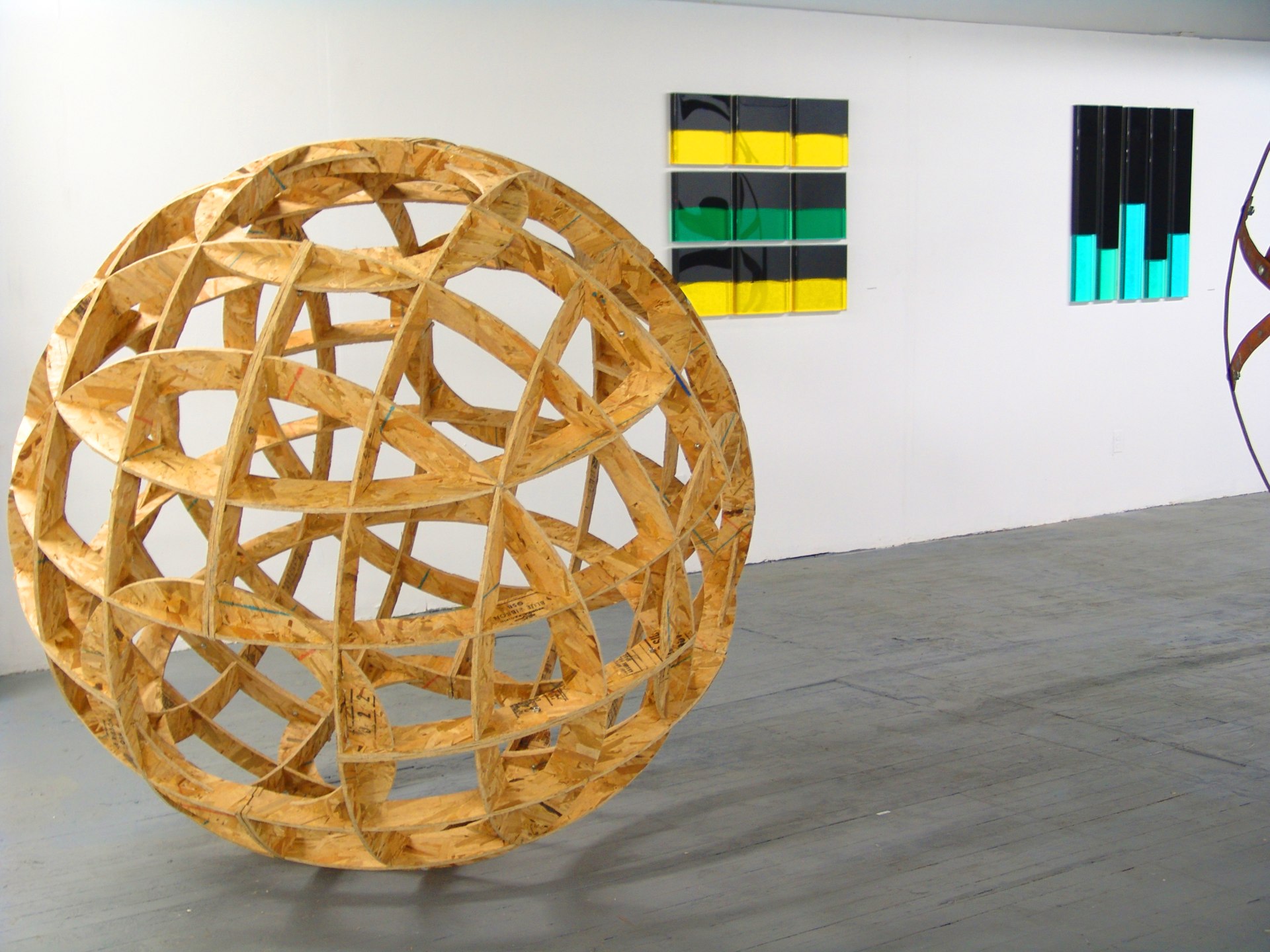 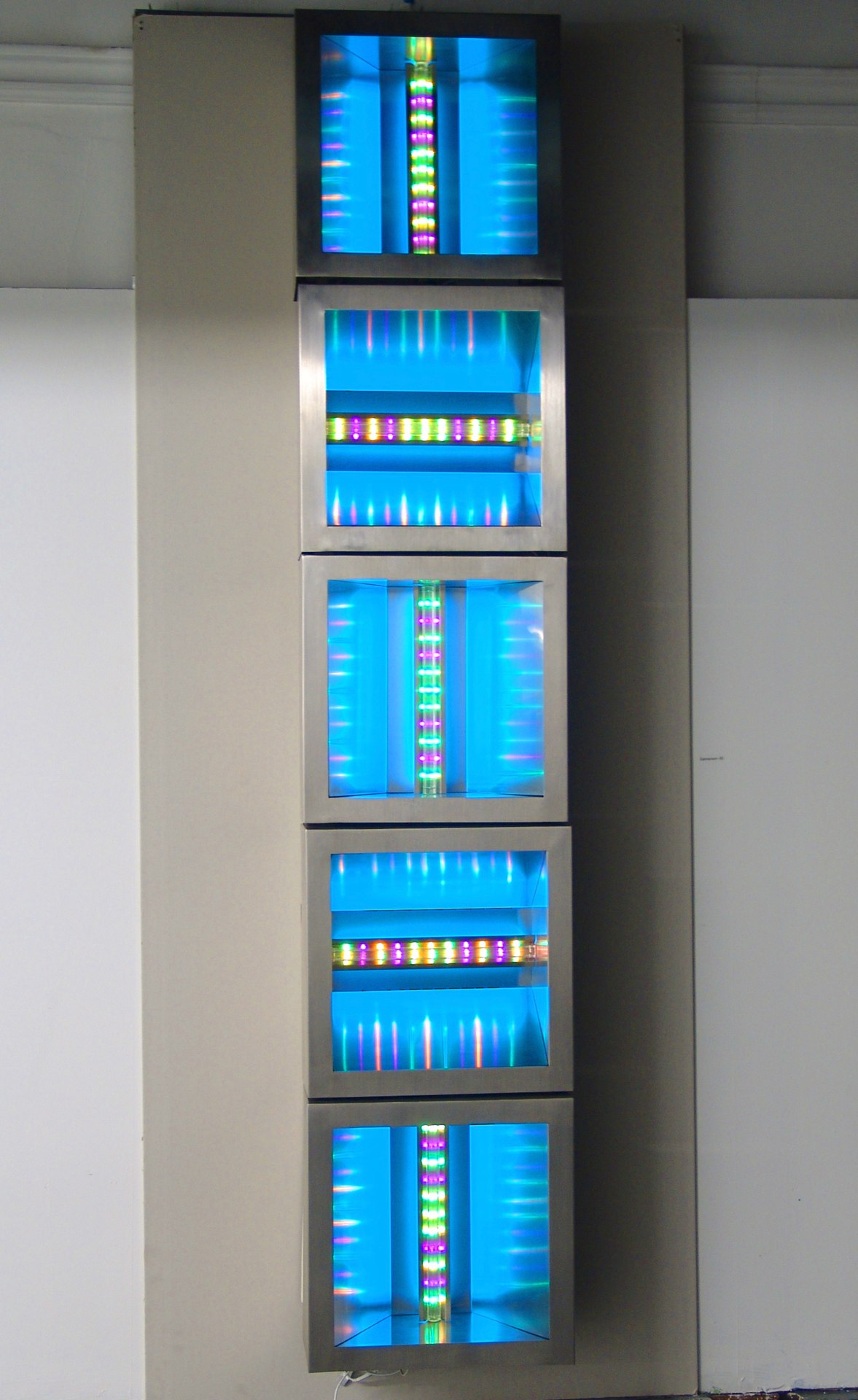 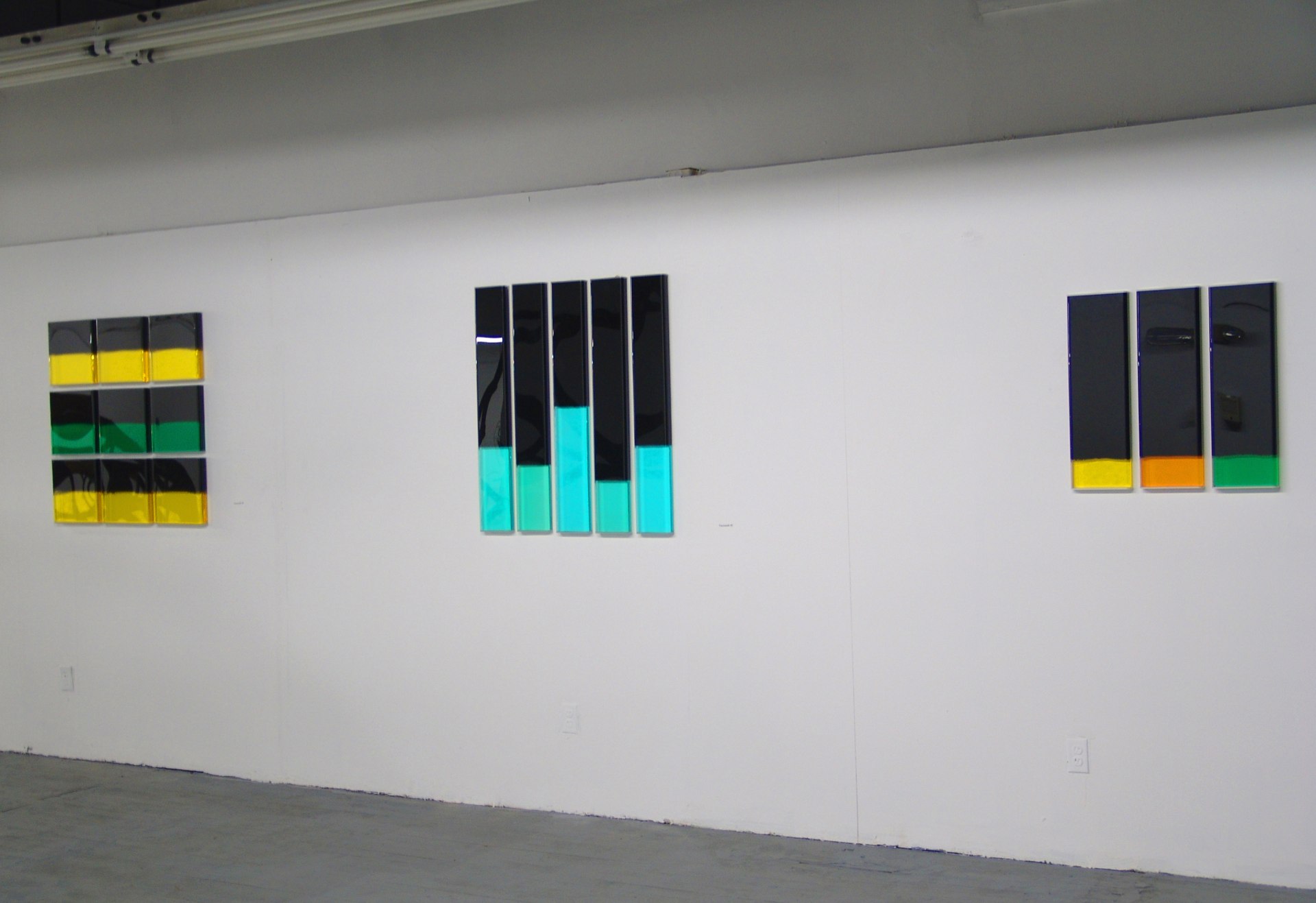 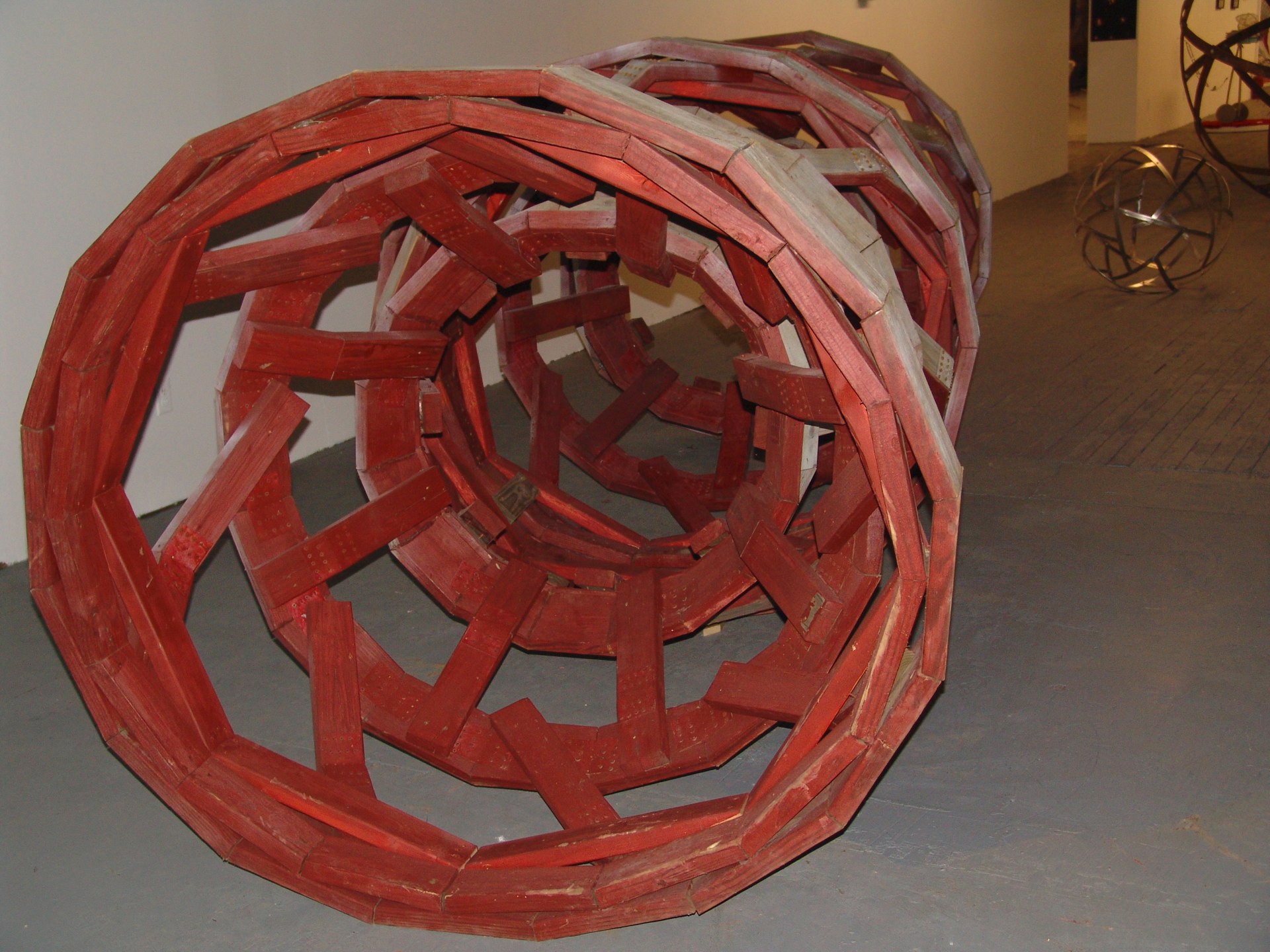 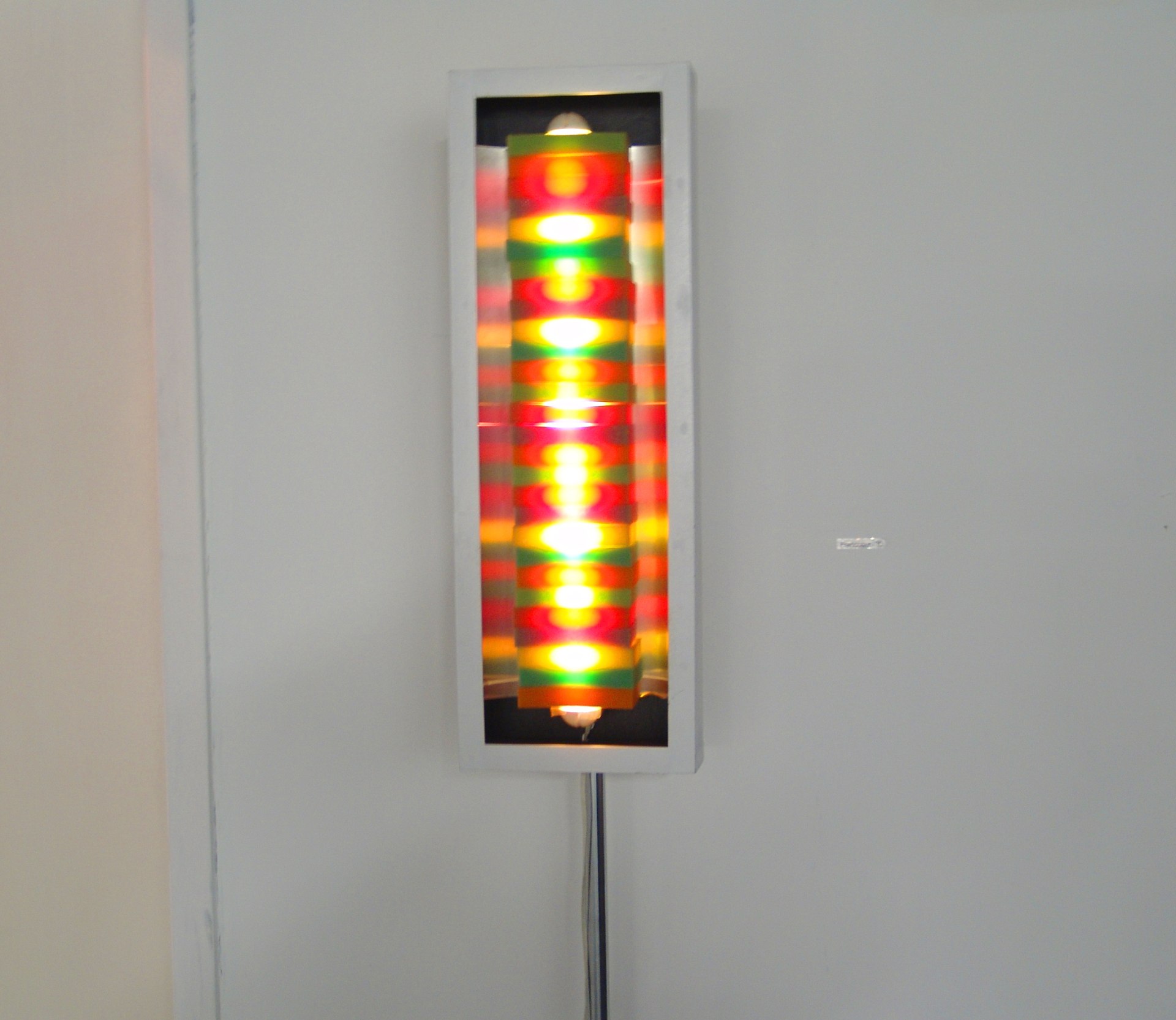 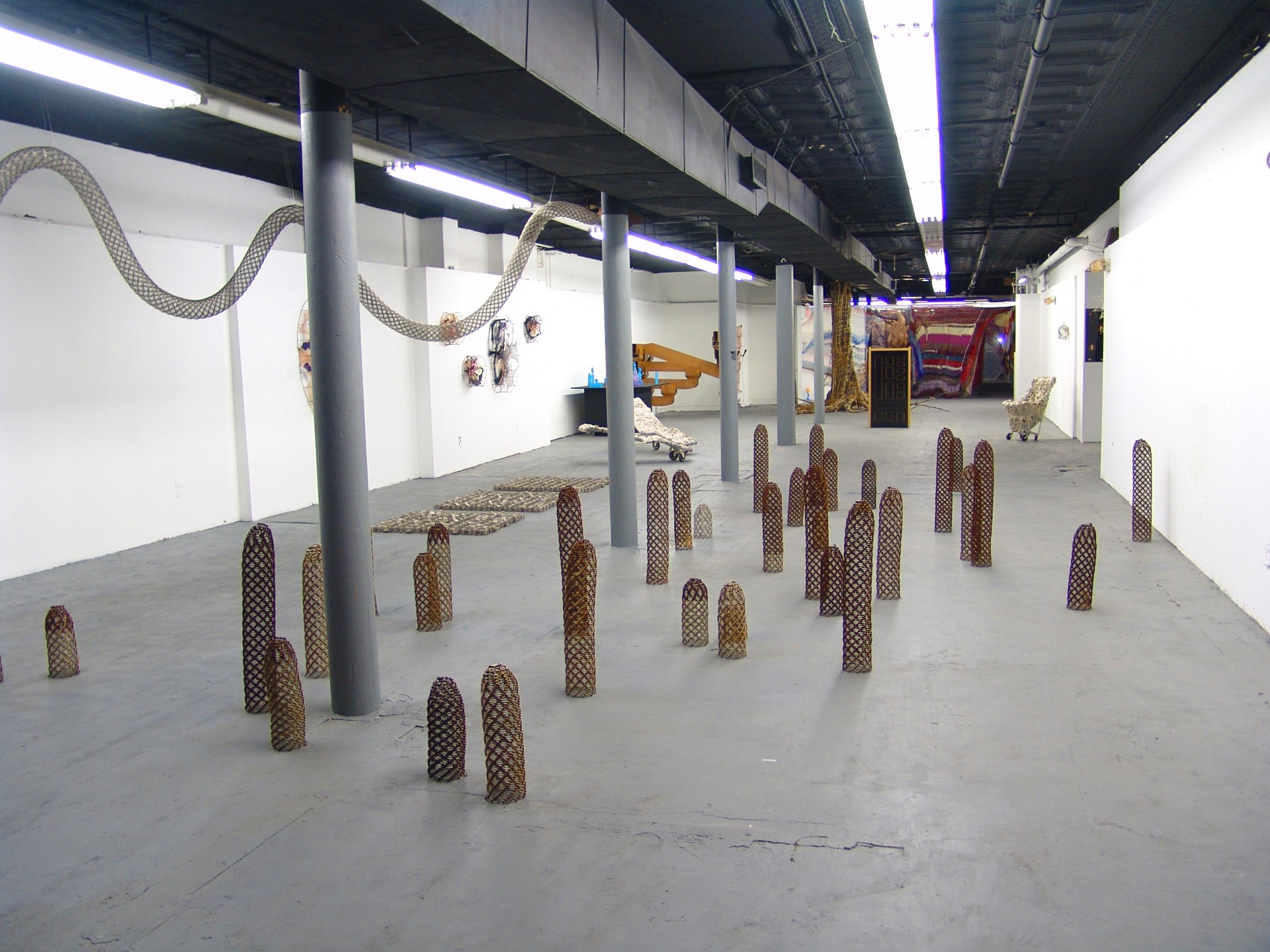 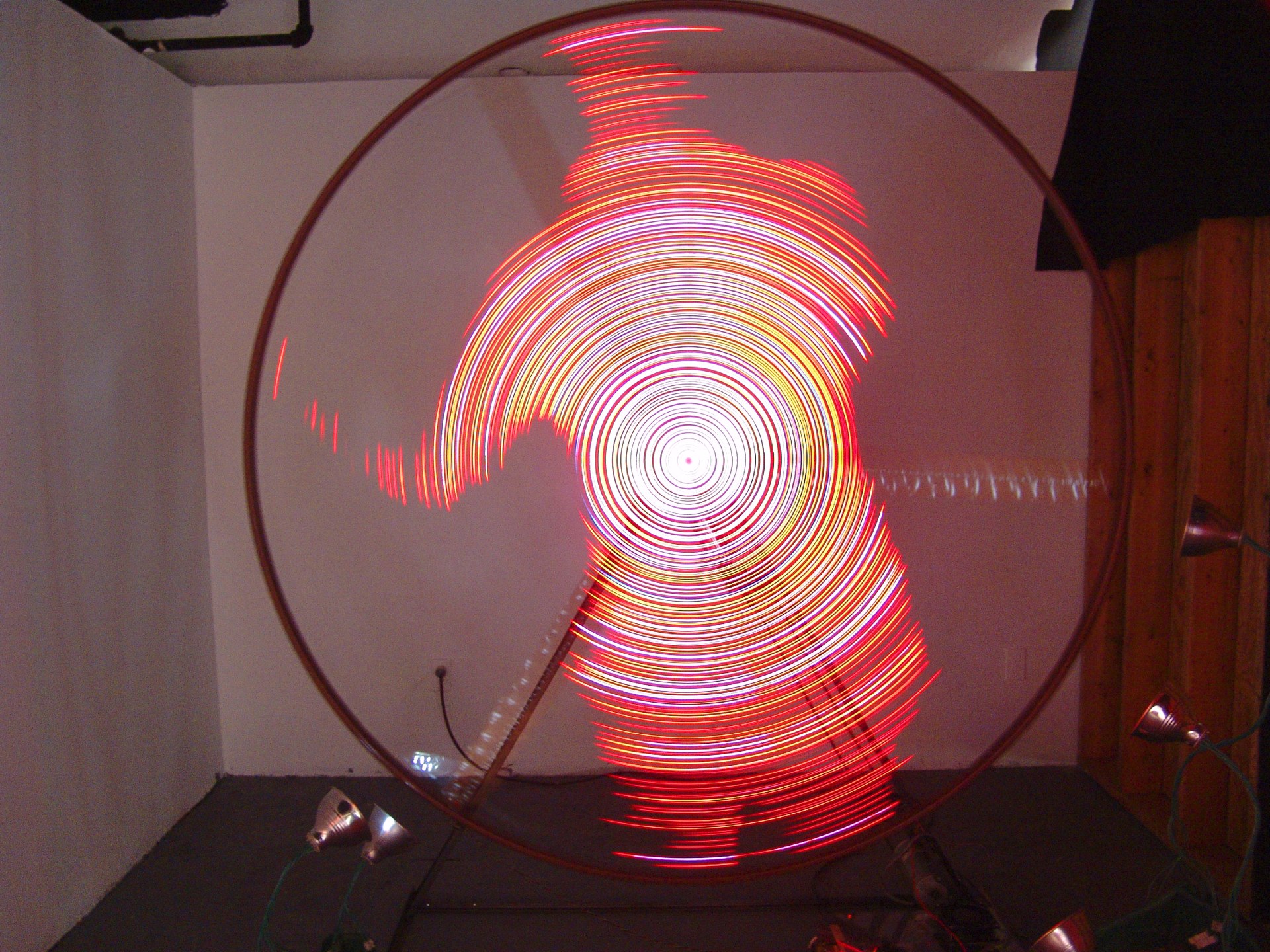 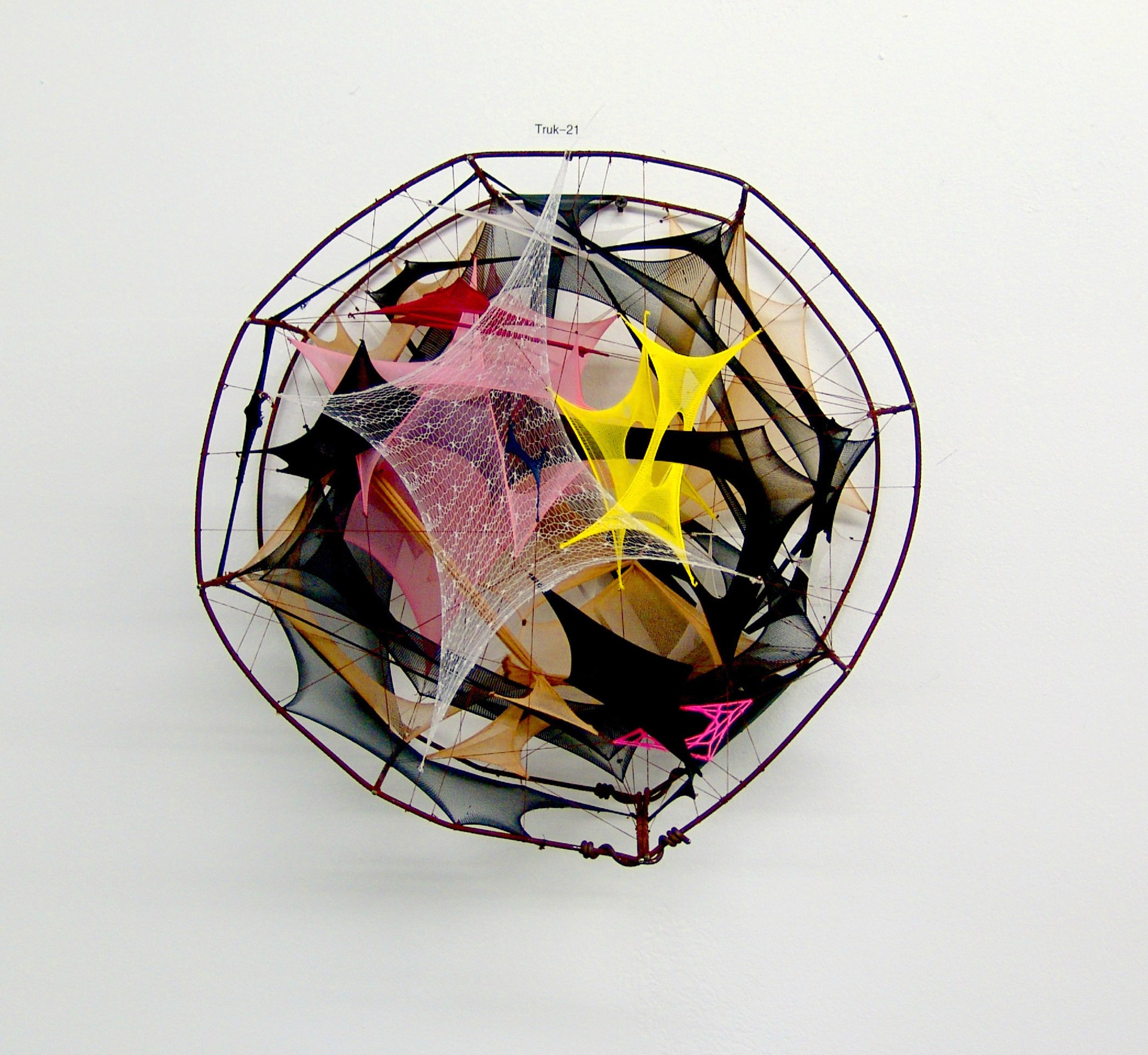 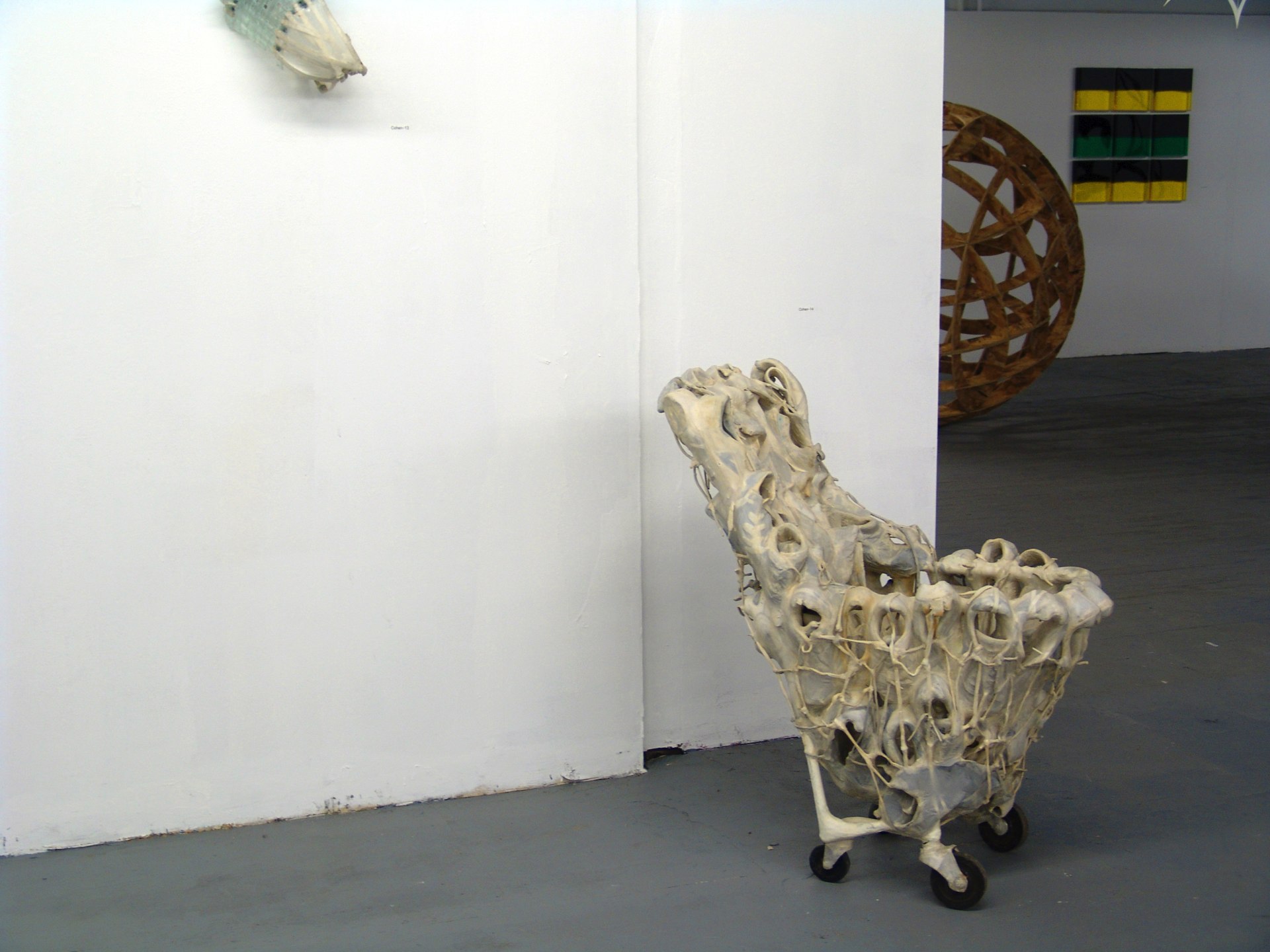 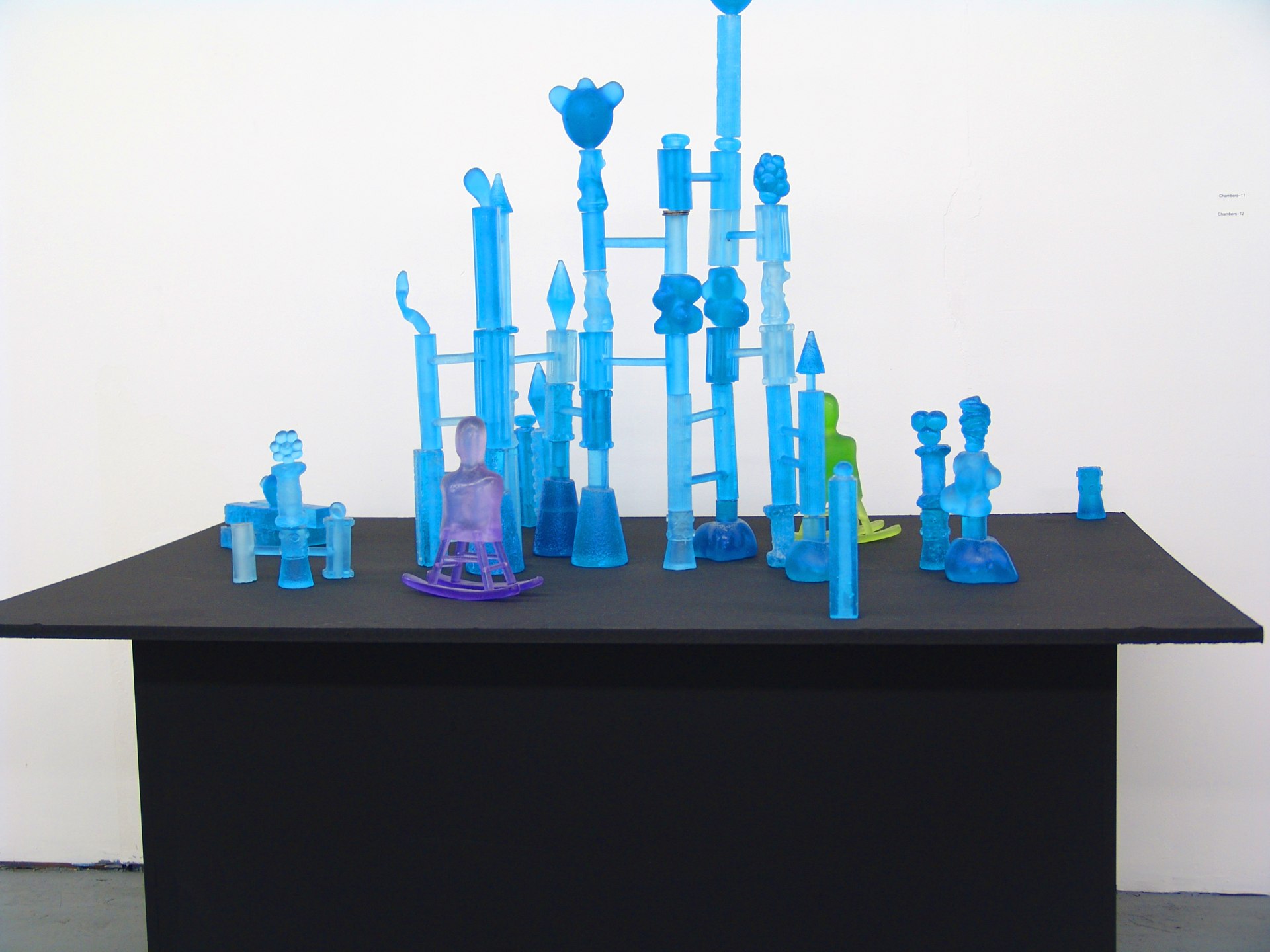 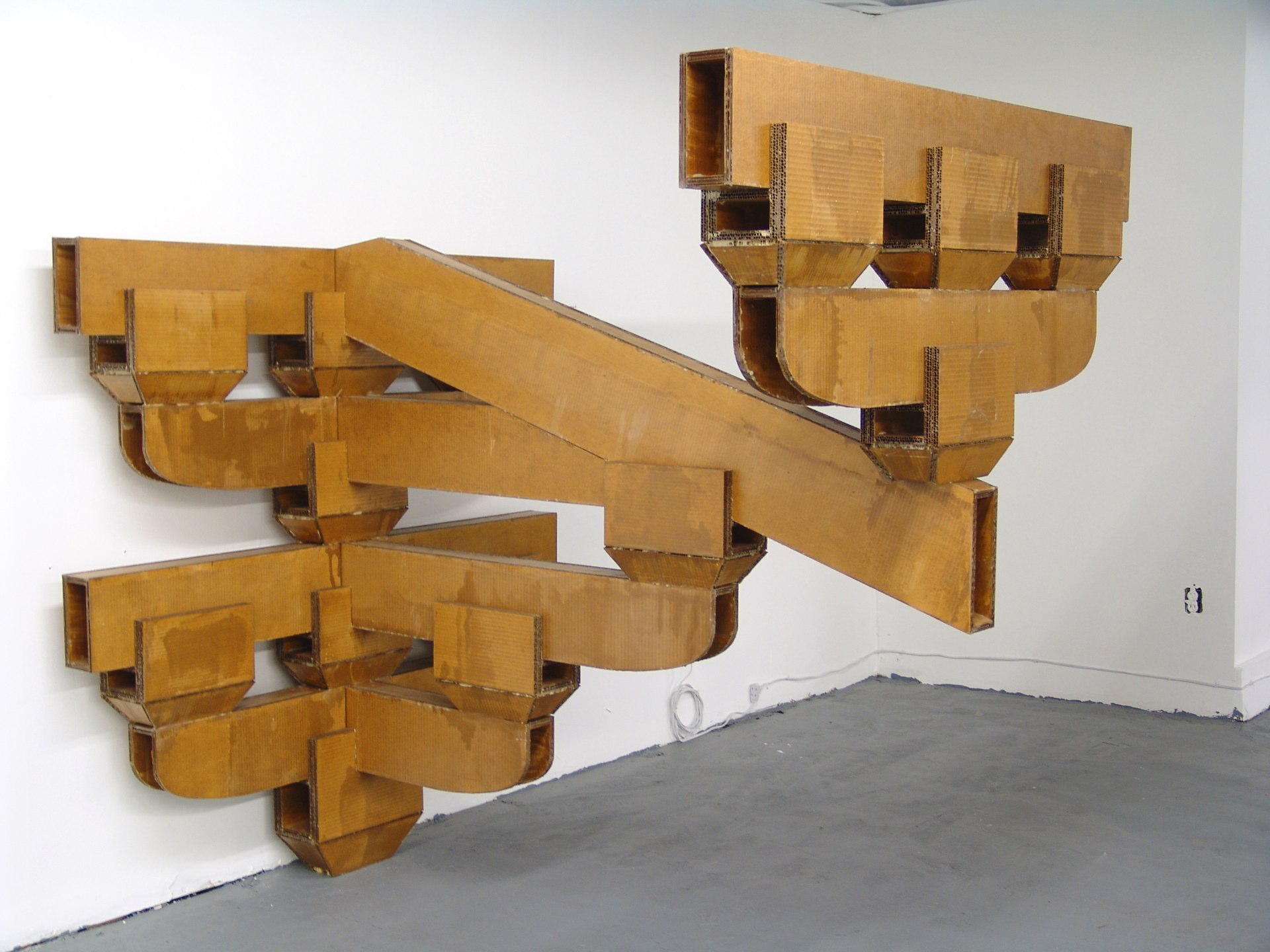 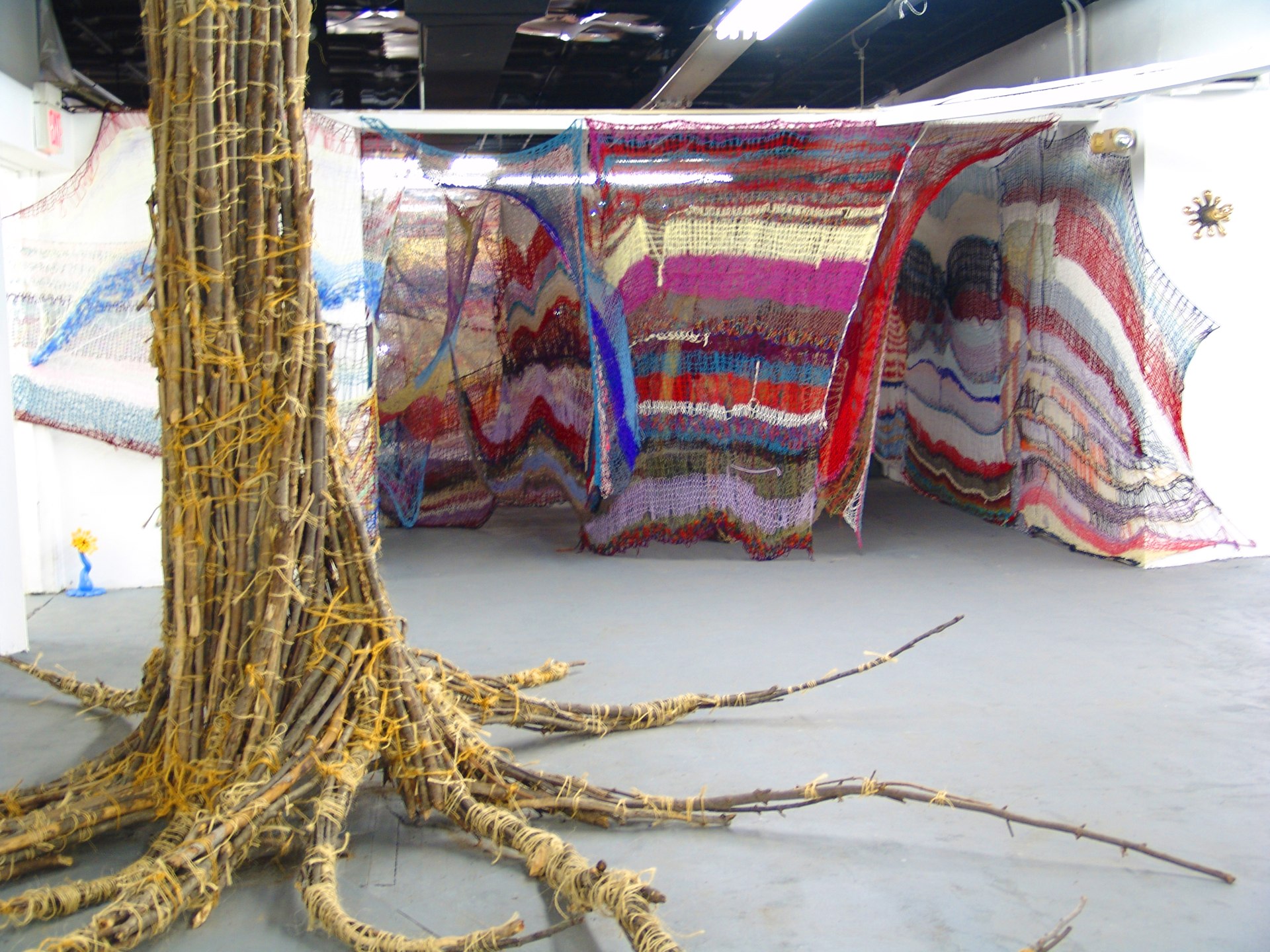